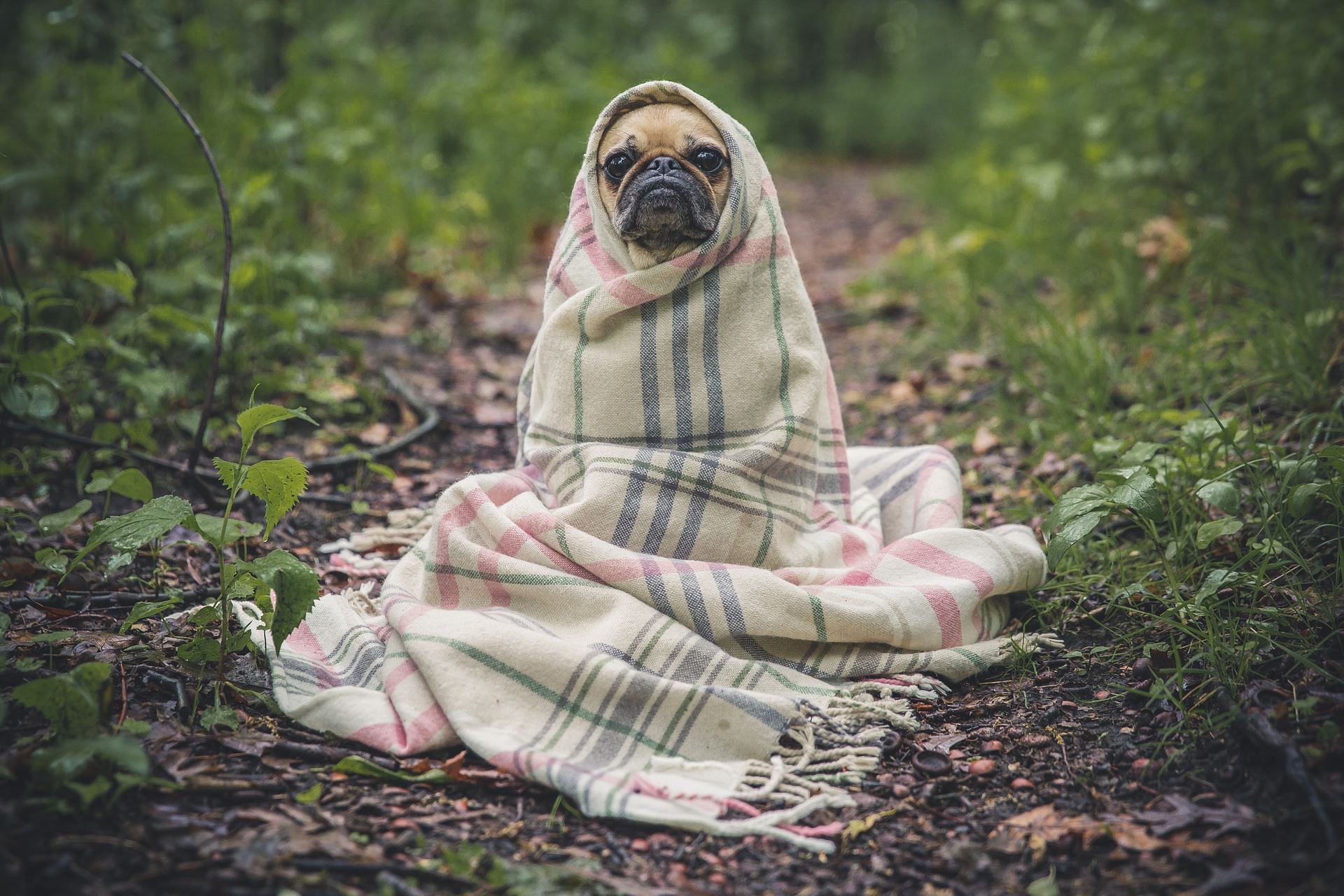 I don’t typically preach at Every Day Church. We have a bi-monthly podcast (here) that takes the place of a weekly sermon. So when my good friends, pastors Melanie and Kevin, asked if Kris and I could cover a Sunday for them at their church (Monroe Free Methodist) it was time for me to dust off my pulpit boots (that’s not a real thing) and write a sermon.

It was a fun morning and an honor to worship with their community. If you are in the area and looking for a church I highly recommend getting involved there.

Now, I feel like everyone would agree when I say that all good sermons start with the preacher promising that everybody will get out early…so of course that’s what I did. It ended up being a lie, but I tried. (BTW: They never taught us this at preacher school. I just figure that I always like when preachers tell me we are going to get out early. “How long does this last?” is usually one of the first questions I whisper to the person next to me when a pastor starts talking. ;-))

The story I shared with the congregation is important to me. It’s a story, like the wine story, I’ve been sitting with for weeks. It’s one of faith and expectations.

Below is the gist of what I shared. I say gist because I have completely chopped up and edited my sermon to make it a blog post rather than a “talk.”

Five things happen in this story:

Jesus goes to his hometown. (1)

People are confused by him. (3)

People are offended by him. (4)

Jesus can’t do many miracles because of the lack of faith. (5)

Usually when this story is told, what sticks out to people is the end: Jesus can’t do any miracles because the people lack faith. And, as quickly as we jump to the end, we jump to translate it into our context: If I want to see a miracle, I need to have enough faith to make it happen. Sometimes it goes further: Maybe I didn’t get that miracle because I didn’t have enough faith. It is easy to put the emphasis of this story on our ability to do something to make God do something.

The problem with following the above thought pattern is that stories don’t start at point number five. What we really should talk about first is that the people are amazed by Jesus because of his teachings, healings, and miraculous powers. The people who lack faith are amazed by Jesus because of his ability to heal and do miraculous things. Question! How are the people lacking faith in the end of the story if they are exhibiting belief at the beginning of the story? Hold on to this question.

Here is what you need to know (disclaimer: I’m really simplifying this so go read your Bibles for more info):

In between point two (the amazement) and point five (the lack of faith), Jesus reads a 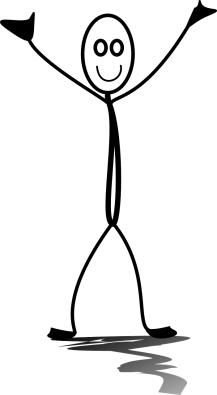 scripture passage in the synagogue that essentially amounts to him saying he’s the Messiah the Jews have been waiting for for hundreds of years. He straight up tells the people that he’s arrived.

The confusion (point three) comes because the people in the synagogue are having a hard time reconciling amazing powerful potential Messiah Jesus with hometown boy Jesus, the Jesus they have always known. (Remember point one.) They know Jesus. Jesus is just the carpenter, Jesus is just Mary’s boy. How could this person they have known their whole lives be the person they have been waiting for their whole lives?

Jesus did not look like the Messiah they were expecting.

Usually, our expectations for God are also too small. Paul, in 1 Corinthians 1:25, says, “For the foolishness of God is wiser than human wisdom, and the weakness of God is stronger than human strength.” God is beyond our understanding. He is unfathomable. Yet, I think if we are honest, many of us have a very small box we like to keep God in. The things we know about him. The things we think he can do. The way we like to define him. What would happen if God blew our box open?

These people had small expectations for Jesus and this is where things start to get hairy.

What does Jesus do? (WWJD, people!)

Jesus simply meets their expectations. He does nothing. He’s just the carpenter, just Mary’s boy. And here we arrive at the next part of the story; people are offended by him (point four). They want him to prove himself, and he tells them he is not going to do what they want him to do.

At first, the people were amazed by him.

Then confused by him.

Now offended by him.

Finally, we get to point five. Jesus could not, did not do many miracles because of their lack of faith. What faith is lacking in this story? The faith that is lacking isn’t faith that Jesus can do miracles. It’s not about how much they believe in his healing powers. Remember, they were already amazed by these things. As it turns out this story has nothing to do with people being able to conjure up enough belief points to make Jesus do something. The faith lacking in this story is simply the ability to allow Jesus to be who he says he is, not who they think he is.

Faith is simply allowing God to be who he says he is…not who we say he is.

I think we get so twisted reading this story because we think we have to be able to tip the belief scales to a point where Jesus will do a miracle for us. We aren’t show ponies, and Jesus isn’t demanding we perform. There is so much more freedom for us than that when it comes to following God. What I think Jesus wants from us, from these people in this story, is for people to simply open their boxes. It’s about allowing Jesus to define who he is…not us. 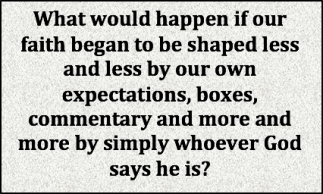 At the end of it all, the people who experienced the most, were transformed the most, saw the most in terms of Jesus’ work on earth were simply the people who literally followed him around watching to see what would happen next. They were the people who said yes to Jesus when he asked them to come down from trees, come out of tombs, sin no more, give him a drink of water. The people who missed him completely were the people in this story. They had their minds made up about who God was, who the Messiah was, and who Jesus was. They held fast to their small expectations and, in turn, experienced small things.

Why does this matter for us? How can it speak to our lives today?

Sound off in the comments! We’d love to chat.